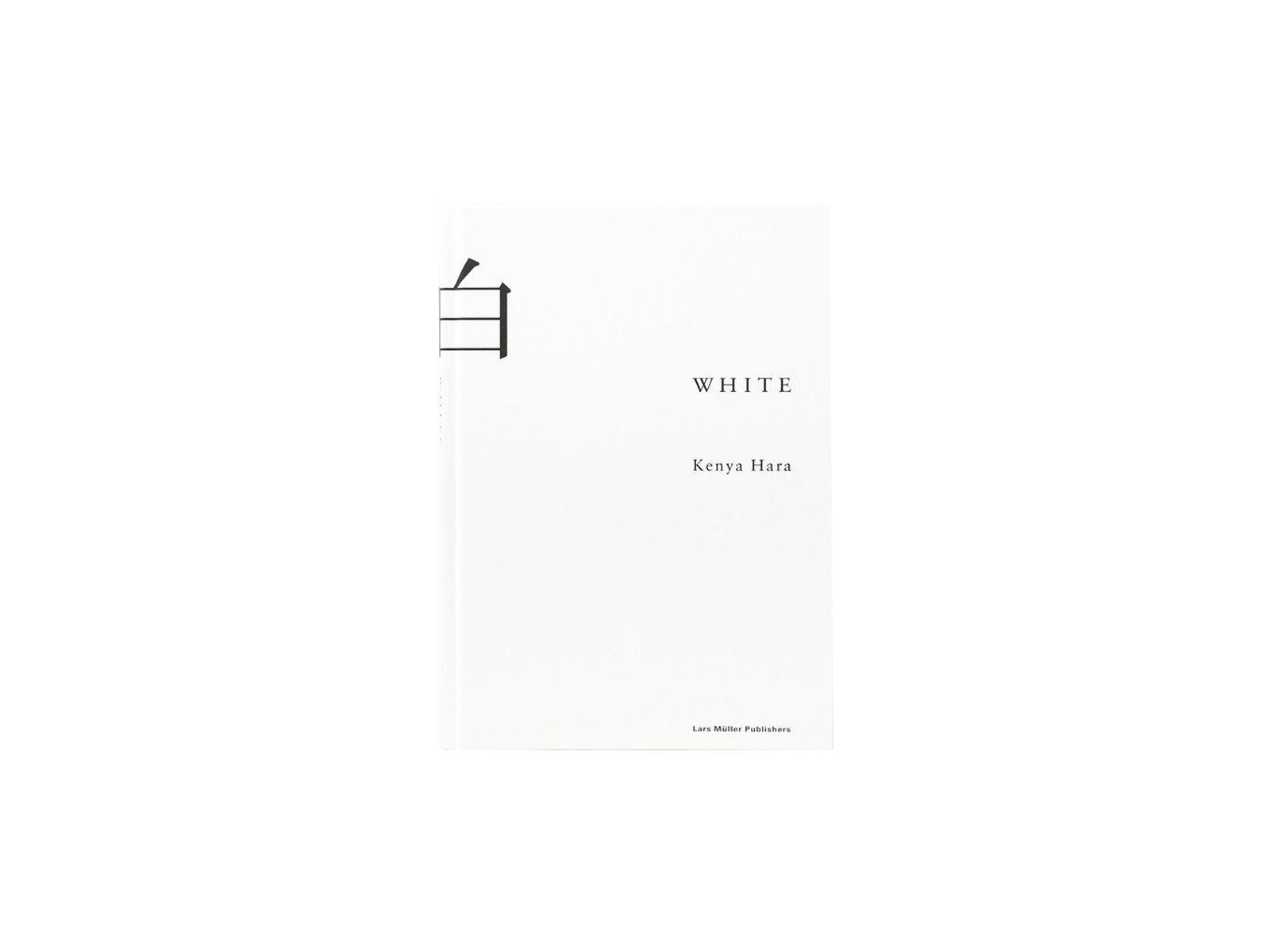 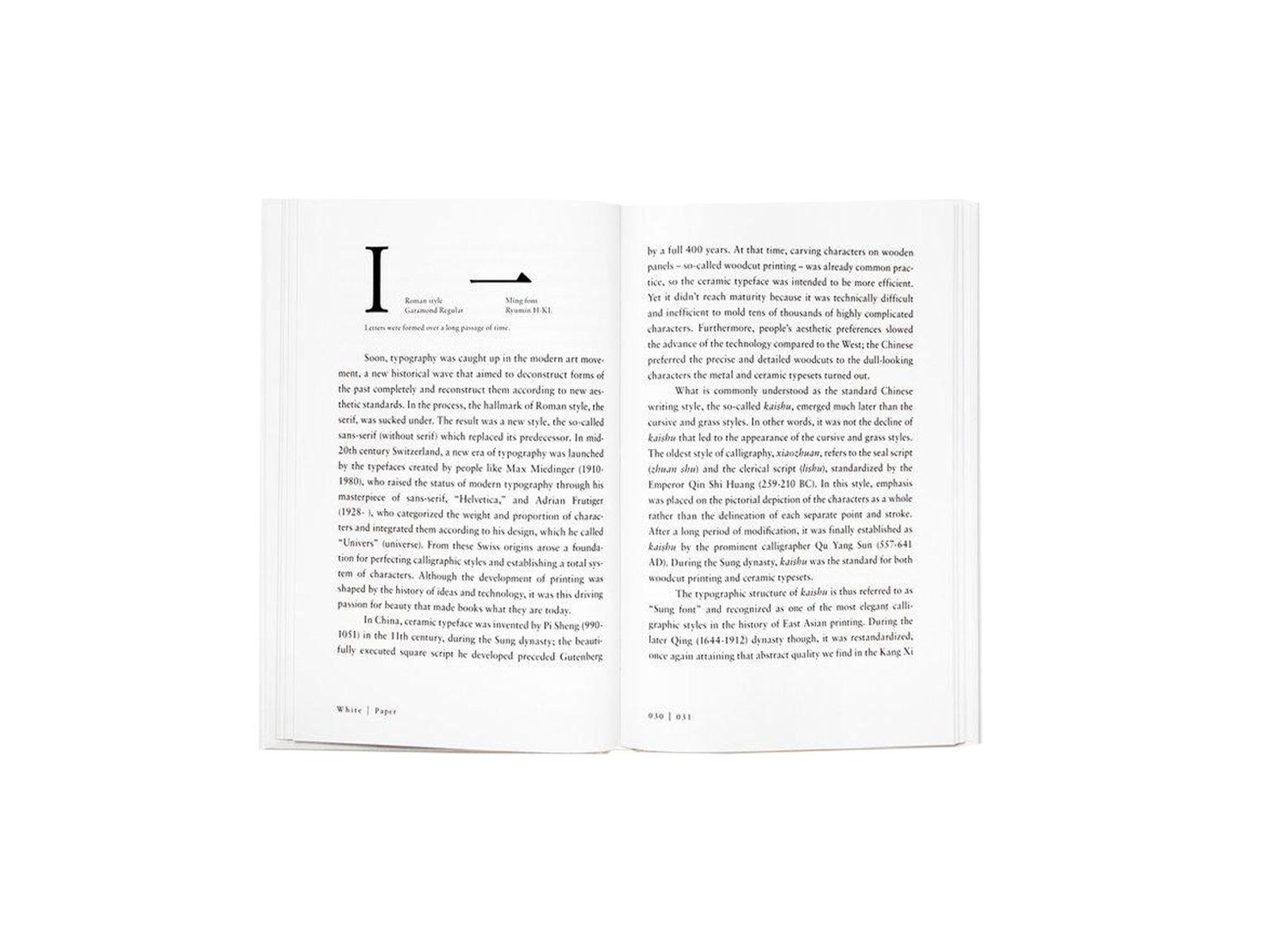 “White” is not a book about colors. It is rather Kenya Haras attempt to explore the essence of “White,” which he sees as being closely related to the origin of Japanese aesthetics – symbolizing simplicity and subtlety. The central concepts discussed by Kenya Hara in this publication are emptiness and the absolute void. Kenya Hara also sees his work as a designer as a form of communication. Good communication has the distinction of being able to listen to each other, rather than to press one’s opinion onto the opponent. Kenya Hara compares this form of communication with an “empty container”. In visual communication, there are equally signals whose signification is limited, as well as signals or symbols such as the cross or the red circle on the Japanese flag, which – like an “empty container” – permit every signification and do not limit imagination. Not alone the fact that the Japanese character for white forms a radical of the character for emptiness has prompted him the closely associate the color white with emptiness.